↓ Skip to Main Content
Home › For service providers › Mediation: You can’t always get what you want

Mediation: You can’t always get what you want

Pamela CrossPosted on June 11, 2019 Posted in For service providers, For women 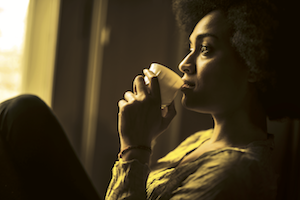 “But if you try sometime you find/You get what you need.”

Many women leaving abusive relationships would take exception to even the modest optimism expressed by the Rolling Stones in this 1969 hit. Nonetheless, this is very much the tone of family court these days, in particular mediation.

When I began practicing law in the mid-1990s, mediation was viewed by most family law lawyers with considerable suspicion. How, many thought, could two people who could not get along well enough to stay together possibly sit down and talk through issues like children, property and money? I suspect there were some who also wondered what would become of family law lawyers if people could work out their separations with mediators who, 20 years ago, were most often social workers or psychologists.

But lawyers are an adaptable bunch, and it was not long before increasing numbers were hanging up family law mediation shingles, while still also litigating.
It can work

Mediation can provide a separating couple with a way to work out their issues that is faster than litigation. More important, it can allow the two individuals to craft their own resolution to those issues where they are in conflict. There is no doubt that, in appropriate situations, a mediated outcome is one both people are more likely to feel positive about and to follow.

There has been and continues to be considerable disagreement about whether mediation is appropriate in cases of family violence/abuse.

At one time, my position was that mediation was never a good idea in cases of family violence or any form of power imbalance in the relationship. I no longer hold that opinion, but I do still believe that mediation in these cases needs to be approached with great caution.

Court does not work very well

Family courts do not respond well to cases involving family violence. When a woman enters the standard litigation process, she is heading into potentially years of court appearances coupled with legal bullying by her former partner. Her evidence of abuse may be minimized or dismissed by the court. Especially if she does not have a lawyer, she may be overwhelmed by the details of family court process. If she has a lawyer, she may run out of money or time on her legal aid certificate before her case is concluded.

She may emerge from the process with orders that do not reflect the best interests of her children or keep them or her safe and that fall short of giving her the financial and property outcomes she deserves.

Women’s autonomy is one of the most important principles that informs feminist work on the issue of violence against women: it is not the job of those of us working with survivors of male violence to tell women what they should or should not do.

In the years I have been doing this work, I have encountered a number of women who wanted to give mediation a try, a significant number of whom found it a positive process. Those women say they had more of a voice in shaping their newly structured families than they thought they would have had if they had litigated. Others have said it helped control the abuser because he, too, felt he had a voice. They have reported that the process moved more quickly than litigation, which was good for both their mental health and that of their children.

Of course, I have also worked with many women who found mediation very problematic. In some cases, they felt the mediator did not understand or take seriously the family violence; in others, that they were triggered by words and behaviours of their partner during mediation sessions. Some women told me that their partner harassed and intimidated them to concede on important issues.

Women need to be fully informed about the pros and cons of all approaches to post-separation dispute resolution and then supported in whatever decision they make. Some will be satisfied with their decision – whether it is litigation or mediation – and others will not, but at least they will have had the autonomy to make an informed decision.

Mediators are well ahead of lawyers in screening for family violence and power imbalances. A number of comprehensive tools have been developed for use by mediators, and most professional associations require that their members participate in mandatory training and screen all clients for family violence.

At this point, there is no such universal screening for family law practitioners; many of whom have little or no formal training on family violence. As a result, many lawyers likely miss the presence of violence, unless their client voluntarily discloses it, which is rare.

When screening is done well by someone with proper training, who knows how to identify risk and make appropriate referrals, the presence of family violence will become known and can be taken into account by the professional. This can make the process safer and more productive for the parties. It can create the possibility that the parties will get what they need and maybe even some of what they want.
It’s not all positive

While these are all reasons to keep mediation on the table as an option in cases involving family violence, there are serious concerns to pay attention to as well.

Not all mediators, even when they have received training, bring an intersectional and gendered understanding to the issue of family violence. The starting point for many is that shared parenting or joint custody is the default/preferred outcome. Not all can identify red flags during mediation sessions. Some mediators truly believe they can mediate any situation, which is just not the case. Many abusers are extremely charming and can manipulate both the mediator and the process.

Largely for reasons of efficiency and cost-saving, there is enormous pressure on women to agree to mediation, even if this is not what they want. Family law mediation is not mandatory in Ontario, but the manner in which it is presented – by a woman’s own lawyer, family members, her ex-partner, children’s mental health workers, child protection workers, even the judge – can make her feel as though it is.

Women are told that if they care about their kids they will use mediation; that they will look uncooperative if they don’t; that they need to set aside their feelings about their former partner in the interest of moving forward. All of these are messages that make it hard to say no and leave many women feeling as though no one has believed their stories about abuse.

Mediation needs to be one of the options available to women leaving abusive relationships. But, mediators need to continue to learn about the dynamics of abuse from those of us working with survivors every day, more mechanisms need to be put in place to control the behaviour of the abusive party, the focus on shared parenting/joint custody needs to end and pressure on women to mediate needs to stop.

Then and only then might women find some resonance with the Rolling Stones’ claim that you can get what you need if not what you want.

This article was first posted on the blog of our Legal Director, Pamela Cross.