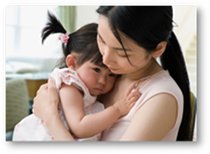 Hokhold v Gerbrandt 2015 BCCA 268 is a British Columbia case, so it is not binding on Ontario cases. As well the B.C. Family Law Act contains a number of provisions that are different from those in Ontario’s legislation. Nonetheless, the case is interesting because the court identifies financial bullying as family violence sufficient to impact the parenting arrangements for the children.

In this case, the parents shared responsibility for the children. (B.C. family law does not use the language of custody and access, so the order stated that the parents had “joint guardianship” of the children.)

The respondent mother had been unsuccessful when she applied to the court in 2012 for permission to relocate with the children to Saskatchewan so she could be closer to her family.

The father (the applicant) had to pay both child and spousal support based on an income of more than $600,000. He neglected to make most of his support payments and was eventually found in contempt of court as a result. After this, he made some sporadic payments, but largely ignored the court orders.

I am satisfied that the claimant’s conduct has subjected the respondent to periods of high stress. Ever since the first order was entered, the claimant has attempted to vary the original order to grant him 50/50 parenting. The emails that he has sent over the last two years are excessive, demanding and generally speaking serve no useful purpose other than to overwhelm the respondent with demands for information that usually is not relevant.

I am also satisfied that the claimant’s conduct of threatening to close up his dental practice, a threat he has made on many occasions, has adversely affected the respondent’s emotional and financial well-being.

Justice Cole described the husband’s behaviour as family violence, and granted the mother’s application to relocate, saying that allowing the children to move to Saskatchewan would:

Separate them from the source of the family violence. Specifically, the relocation will help the respondent to become employed and to become economically self-sufficient. This relocation will also allow the respondent and the children to live in an environment where they will have a large family support system and will avoid the frequent disastrous exchanges of the children that currently take place.

The husband appealed this decision, but the Court of Appeal dismissed his appeal and awarded costs to the wife.