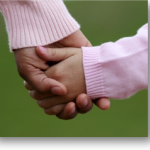 This is the first of three posts about this important case. The case has moved through the courts. This post looks at the case at the Ontario Court of Justice and the Superior Court of Justice level.

Neshkiwe v Hare 2019 CarswellOnt 21865 (C.J.), 2020 Carswell Ont 580 (C.J.) and 2020 Carswell 4062 (C.J.): This case deals with the question of whether the Ontario Court of Justice and the Superior Court of Justice can make parenting orders when the child belongs to a First Nation that has its own rules for handling family law issues.

The parents have two young children and lived in Toronto for most of their relationship. The mother took the children, without the father’s consent, to the M’Chigeeng First Nation on Manitoulin Island at the end of the relationship in 2019. The mother and daughter are members of that First Nation, the son is entitled to be registered, but the father is neither a member nor entitled to be one.

The father obtained an ex parte order for the children to be returned to Toronto, supported by a police enforcement clause. The mother refused to comply, and the police on the First Nation refused to enforce the order. The First Nation also banned the father from entering its territory, making it impossible for him to see the children at all. The OPP advised the court that it was prepared to enforce the order but wished to stay its enforcement until the bigger legal questions had been resolved.

The matter returned to court, and the mother and First Nation indicated they intended to raise a constitutional challenge to the OCJ’s jurisdiction over the children, pursuant to section 35 of the Constitution Act, which states, in part, that the “existing aboriginal and treaty rights of the aboriginal peoples of Canada are hereby recognized and affirmed.” The position of the mother and the First Nation was that the First Nation has the right to make its own rules about matters such as custody and access for its members.

The First Nation is a party to the proceeding, and will be relying, in part, on its bylaw for the care of children of its members, which states that the Chief and Council have “exclusive jurisdiction over any First Nation child custody proceeding” regardless of where the child is living.

While the constitutional issues are in the process of being resolved – which could take some time and move through several layers of court — Justice Finlayson made an order with respect to the children’s care and residence as follows:

Information provided on this website is accurate as of the date it is posted, but laws, their application and court processes change frequently, sometimes without notice. Read our full disclaimer.