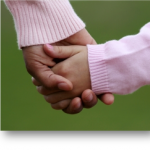 In the case of S.S. v S.K. 2013 ONCJ 432, the court imposed a sole custody order in a situation where the parents had previously had joint custody of their 8-year-old daughter. The child’s primary residence was with the mother and saw her father for a single overnight visit every other weekend and Sunday day access on the other weekend.

The father was the applicant in this case, and came to court seeking an expansion of his access time as well as decision-making authority for the child’s extra-curricular activities. He also wanted the primary residence provision removed from the existing order.

The mother in her response sought a sole custody order and changes to the access order so the father would have longer visits on alternate weekends and no Sunday day visit, but instead a Wednesday evening visit.

Justice Sherr found that where the evidence of the parents’ conflicted, he preferred that of the mother. He found the father to be evasive when answering questions. He said it was evident that father had inappropriately involved the child in the litigation, including dictating a letter to the child in which the child purportedly complained that she was being badly treated by her mother and her mother’s boyfriend.

Justice Sherr also found that the father presented as “rigid and controlling” during the proceeding.

While the parents had been able to make decisions about the child reasonably well for some time, this changed for the worse when the mother established a new relationship. These changes, in the mother’s opinion, meant joint custody was no longer an appropriate arrangement.

After reviewing recent case law that deals with the appropriateness of joint custody, Justice Sherr wrote:

The father has exercised very poor judgment. He has let his jealousy of the mother’s boyfriend affect his behaviour. He is actively undermining the stability of the child’s relationship with the mother and her boyfriend. He has been recruiting the child to live with him. This has been confusing and destabilizing for the child who loves both parents and wants to please her father. . . . It is not in dispute that the father and child love one another. If the father acts appropriately, it is in the child’s best interests to spend meaningful and significant time with him.

Posted in Case law and tagged case law, joint custody, S.S. v S.K. 2013 ONCJ 432, sole custody
← What should I be aware of when I am supporting an Indigenous woman who has left her abusive partner?Tips on dealing with the Office of the Children’s Lawyer →

View all posts by Pamela Cross →

Information provided on this website is accurate as of the date it is posted, but laws, their application and court processes change frequently, sometimes without notice. Read our full disclaimer.
Scroll To Top